Having been through many flustering racous, Nokia has finally made it back on top with their all new Nokia 6 and the Nokia 8. It definitely is a historic moment considering the fact that, over the years Nokia has been through a roller coaster of a ride which almost seemed to have ended quite incompetently. 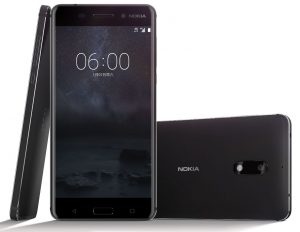 It really did seem to be a disappointing move for many when Nokia back in 2013 sold it’s mobile and devices branch to Microsoft. Most thought that it was an end of an era where it’d be hard for Nokia to ever make a comeback after the downfall they just had been through. It almost seemed impossible for them to compete with their immediate rivals, Samsung, Apple, Sony and many other pioneers. But despite all the criticism Nokia has finally hit the markets again with the all new Nokia 6. 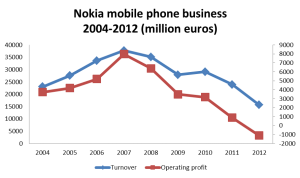 As GSM Arena rightly quotes “The number of people who have registered interest in the Nokia 6 now matches the number of people living the Helsinki metropolitan area”. And that sums upto a staggering 1.4 million registrations just over a month. But the major clause still remains that the phone will be sold only in China. At least for now, Nokia quotes. China is a booming market and for Nokia to re-establish themselves would seem like a walk in a park and the registrations figure validates it.

The Nokia 6 comes with a 5.5″ display, 4GB ram that supports a 1.4ghz octacore processor cortex-A53. It allows internal storage upto 64GB with an expandable memory upto 256GB, a 16MP primary camera with f/2.0 aperture and a front camera with 8MP. The phone also has the fingerprint scanner feature which is front mounted that’d allow to unlock the device and be used for various other purposes.

What really makes the phone stand out from it’s predecessor is that, new Nokia products will no longer use their age old allies Windows or Symbian. Nokia 6 will run purely on the new Android nougat 7.0 which is said to get a new update to 7.1 later this year. Critics claim that this is the most wisest choice Nokia has made thereby allowing them to cater to a larger audience. 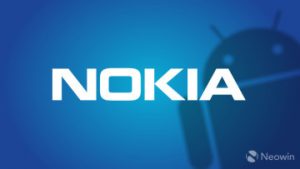 Feasibility gets another check from both audience and critics. Unlike the predecessors the Nokia lumia 920 and the Nokia lumia 1020 who’s prices were set way above par, the Nokia 6 just costs 1699 Yuan(324 Canadian dollars, 247 US dollars) hence making people think twice before going for major brands that’d cost all the more.

Although the official launch date for the Nokia 8 hasn’t been stated yet, rumours are that the phone will feature a 6GB ram with an octa-core (4×2.45 GHz Kryo & 4×1.9 GHz Kryo) processor. A possible 24MP primary camera and secondary of 12MP.

Though unofficial, rumours claim that the phone will be launched on the 31st of March in the same time frame Samsung would release the Galaxy S8.

Getting Apple News outside the US

Google is being restructured under Alphabet

Why the Note 8 isn’t for everyone and how it won’t affect sales for...

iOS 10 brings much needed features and some unexpected ones to iPhone and iPad...

Allen Thomas - February 11, 2017 0
Close to 1.5 million WordPress blogs have been defaced downright by hackers due to a security flaw in the software. WordPress, an open source-platform...