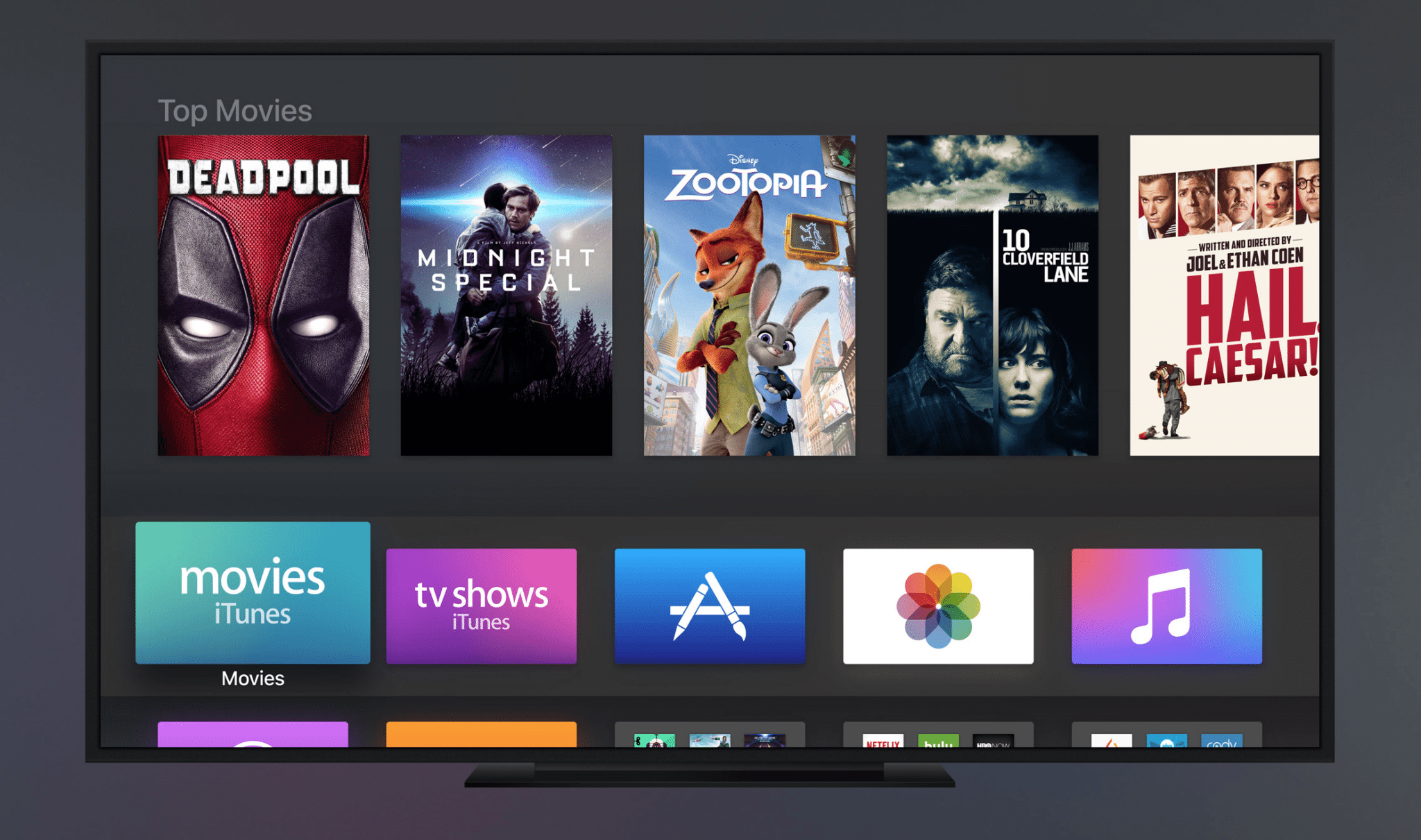 Apple further brought in additional features by focusing on its strong belief that ‘the future of TV is apps’. There are currently over 1300 video channels and over 6000 native apps.

Siri has gotten more faster and more intelligent now enabling you to not only search for a specific topic but include multiple search criteria’s in one go. Siri can also now search on YouTube apart from over 650,000 movies and apps. There is a new way to access a live channel using Live Tune-in by just summoning it up using Siri.

One of the biggest and most useful feature is Single Sign-on. Instead of individually typing in specific information for each and every app, You can now just enter your information once and your done! No more registrations or filling up forms, Apple does that for you automatically!

Apple Music brings in a new look and better search functionality with simplistic UI and the ability to listen to live radio including Apple’s fast growing Beats 1 station along with daily curated playlists by Apple Editors.

HomeKit now uses the Apple TV to control your HomeKit devices around the house using Siri. Apple TV now has a companion remote app for iPhone which was much requested has the same capabilities as the Siri remote with a similar interface and even the ability to use it as a controller. Apple also introduced a much awaited dark mode for Apple TV so now it looks even cooler in a dark room. The new Photos app comes to tvOS as well so now you can view your old photos and videos using the new Memories feature right on the big screen.

There are many more features like 4 game controller support, a new automatic app download feature that downloads the tvOS native app when you download a universal app on your iOS device, channels like Fox Sports now get simoultenous 4 feed match playback, Sling and a few more games like NBA 2K are coming to the Apple TV.

The new tvOS update will launch this fall. To see what else was announced at Apple’s Worldwide Developers Conference(WWDC) this year, click here.

Is Face ID for Apple’s iPhone X a failure?

The new iPhone SE: the best 4-inch smartphone out there?