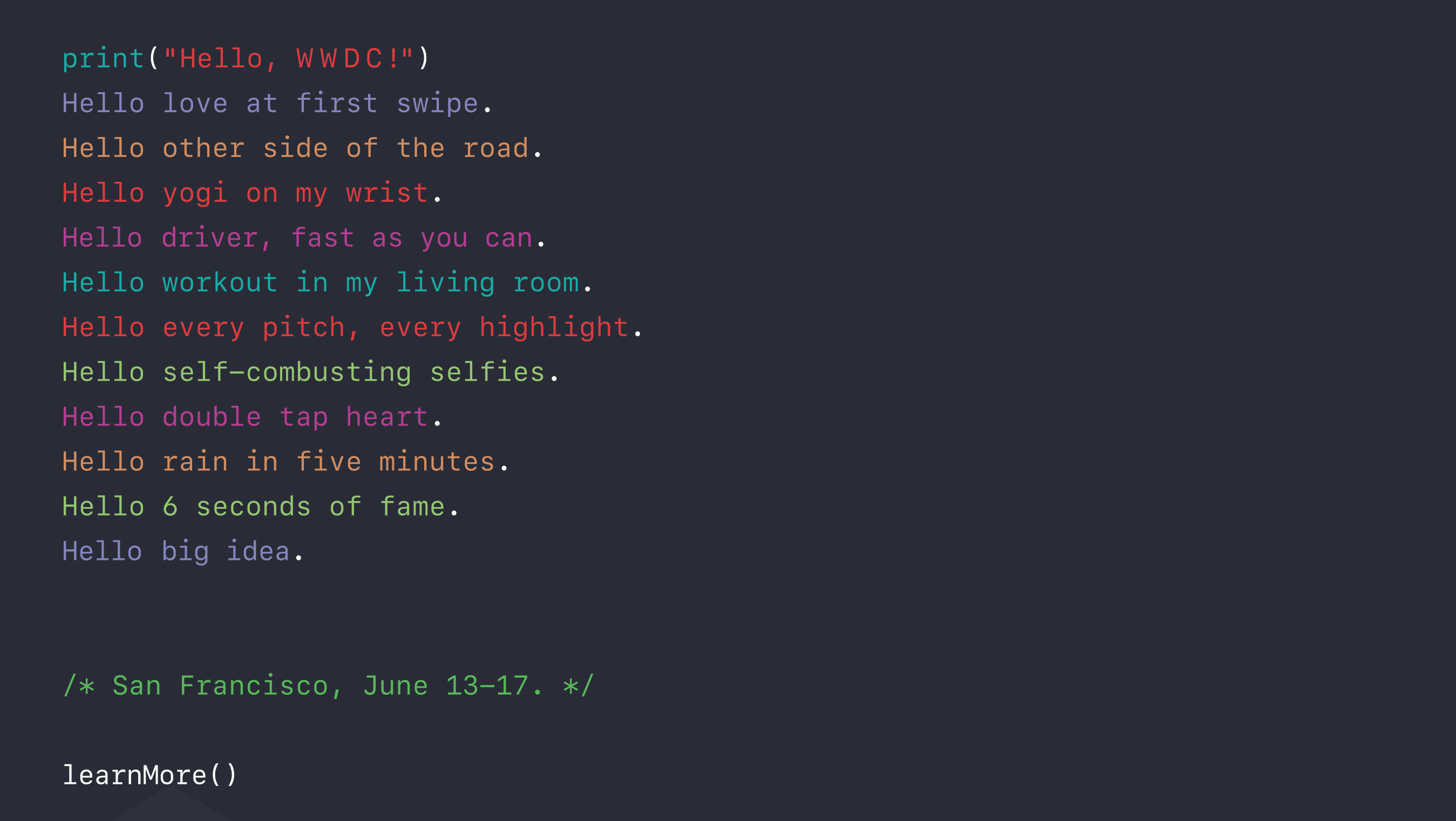 We have just a day or two left before Apple’s annual Worldwide Developers Conference takes place. Apple will be announcing new updates in San Francisco on June 13th.

Apple is expected to launch the next version of iOS, iOS 10 and rename OS X to macOS making it consistent across the board with all its other OS’s. But obviously there’s more, so let’s go through it one by one.
iOS 10:

iOS 10 is will hit the beta availability soon after WWDC and it is said to pack in a bunch of exciting additions. Apple is said to be working on a new ‘Dark theme’ similar to what was available on OS X Yosemite and this can go system wide. The WWDC app that Apple released follows a similar dark theme pattern away from its iOS 7 bright white theme that not everybody preferred. Apple will also probably drop a few more devices from its compatibility list such as those running on just 512MB RAM and on the A5 or A5X chip which based on current standards even for an iOS device is pretty slow. these devices include iPad 3, iPad 2, first-gen iPad Mini, iPhone 4S and fifth-gem iPod Touch. Rumours for Apple making iOS 10 completely 64-bit is still a little skeptical as devices like the iPhone 5, 5C along with the iPad 4 run on 32-bit chips.

Apple is also expected to refine its multitasking capabilities on the iPads and may also introduce multi-user system similar to the one launched for its education program. In addition to these features, refinements and improvements under-the-hood for better performance will be expected as with any ‘upgrade’. iMessage may also now be available on Android.

Apple TV to begin shipping over the coming week

UBER gets a new look and logo inspired by the world of bits and...

Joe Samuel - February 1, 2016 0
With the hype increasing for the next iPhone, rumours point to a new cheap variant of the iPhone being the successor to the current...