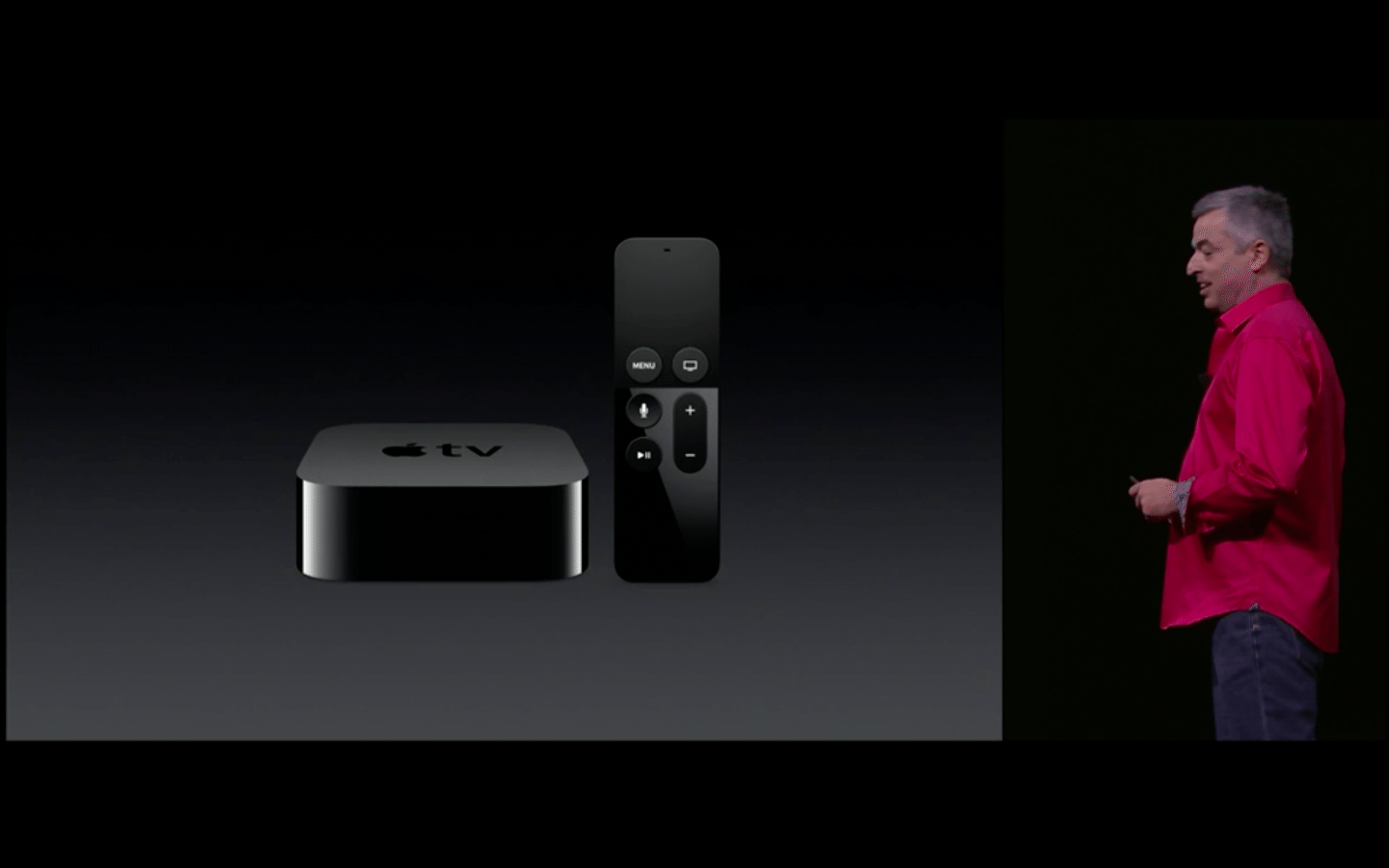 Apple TV is set to begin shipping at the end of next week with pre orders beginning October 26th, Tim Cook said in his interview with Gerry Baker, a Wall Street Journal editor at the WSJDLive Conference. The Apple TV which was officially announced alongside the new iPhones and iPads, brings a new user interface, Siri integration and interaction along with new hardware modifications.

The new Apple TV is 10mm thicker than the previous generation, runs tvOS with Apple’s A8 chip, comes with HDMI, USB-C and an ethernet port along with 802.11ac wifi. It does not however support 4K resolution. There is also a new remote with a built-in touchpad, Dedicated Siri button, volume rockers and a Home button. More importantly the remote can now track motion providing a better gaming experience. The D-Pad from the old remote is gone and so has the replaceable battery. The new remote comes with built-in rechargeable battery which can be charged using the lightening port similar to Apple’s newly released Magic accessories and is said to give a months worth of use under normal conditions. Another important change is that it connects to the Apple TV via Bluetooth which means it does not require Line of Sight to operate.

The new Apple TV goes beyond just watching movies and TV shows, Apple is also focusing the new TV to be used for playing games along with interactive features such as sports scores with heavy Siri integration. In other words, Apple wants the new Apple TV to be central to your home entertainment system.

The new Apple TV will be priced at $149 for the 32GB version and $199 for the 64GB variant. However, the current generation Apple TV will remain at its $69 price point.

Google announces Android 6.0 to be Marshmallow