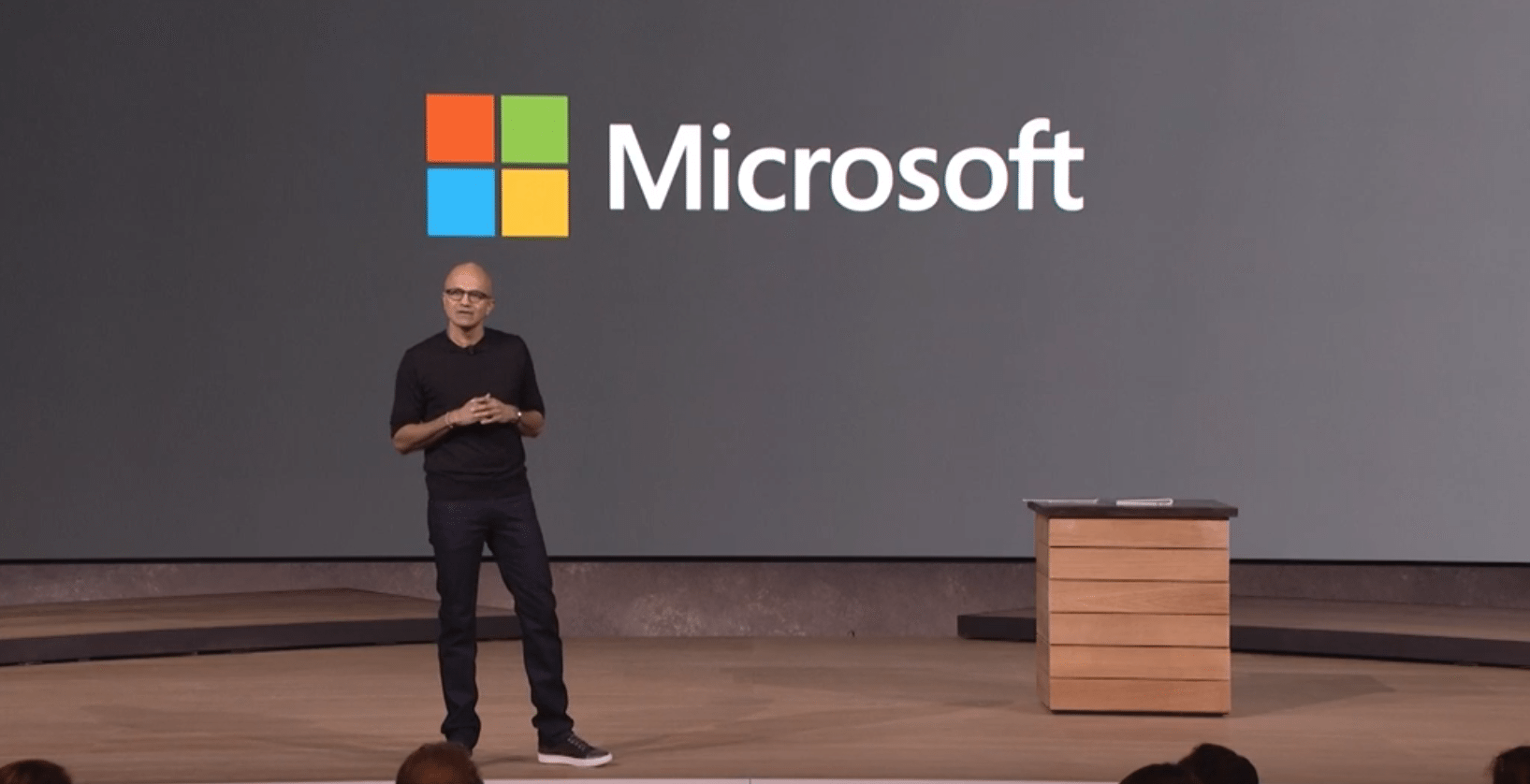 We detail everything from Microsoft’s Windows 10 devices event! There over 110 million devices using Windows 10 in just 10 weeks! Microsoft will be releasing a $3000 developer version of the HoloLens for developers.

Microsoft released a new version of its fitness band again called ‘Microsoft Band’. The new Microsoft Band has a new curved screen with gorilla glass and is more responsive. The band comes standard with built-in GPS, UV monitoring, Sleep Tracking, Calorie tracking, Guided workouts and smart notifications. They have also added a better Cortana integration which can now help you reschedule a missed work out for example. Microsoft also added a Barometer which track elevation.

All of the measured health data will be optimized and shown in Microsoft Health is an app that works on Windows. VO2 max which is Volume of Oxygen consumed can also be measured using the Microsoft Band. All this works across multiple platforms such as iOS, Android in addition to Windows Phones.

Microsoft also has new partners such as Lose it in addition to Uber, Twitter and more in order to provide a better experience. The band will be available for $249 available on October 30th with preorders already open.

Microsoft introduced Surface as a ‘tablet that can replace a laptop’. Continuing with the tradition, Microsoft unveiled the new Surface called the Surface Pro 4. The new Surface is now the most thinnest core PC ever shipped. It comes with a 12.3″ Gorilla Glass 4 display at 0.4mm which us the thinnest ever glass shipped on a tablet with 267 PPI (5 million pixels) instead of the previous 12″ in the Surface Pro 3 but both have the same form factor. Microsoft reduced the bezels in order to fit the new screen. PixelSense is a new technology on the new Surface with a new G5 chipset that enables the best touch and pen experience using the optical stack which provides a more precise and accurate writing. The new Surface Pen now comes with a tail-eraser which mocks the Apple Pencil (which incidentally has no eraser on its tail) and has 1 year of battery life and it has 1024 levels of pressure at its tip. Microsoft added a new magnet to the left side of the tablet which can now hold the pen strongly. As soon as you click the tip of the pen, it will open up OneNote. If you hold down the pen, it will enable Cortana.

In addition to all this, Microsoft is introducing 5 different colour options along with interchangeable pen tips with options to be a pencil or more thicker pen for the new Surface Pen. The new Surface is 30% faster to Surface Pro 3. Panos also made a comparison to the MacBook Air which the Surface Pro 4 beats by being 50% faster.

You can now get unto 1TB of storage and upto 16GB RAM which means you can really push the Surface Pro 4 like a PC yet the Surface is more thinner at 8.4mm compared to previous 9,1mm. The reason why its 8.4mm? Simple, its to fit the USB 3 port! No other reason! Which means we can expect a USB-C port coming next generation and the Surface being even more thinner!

Microsoft also introduced a new Surface Pro docking station(also works with Surface Pro 3) which has 4 USB 3.0 ports, 2 4K DisplayPort, ethernet port and it just connects to the Surface with one connection.

There is also a new TypeCover which is much more light and thinner and comes in 5 colours. There is more spacing between the keys like a laptop-style keyboard with backlit keys, 1.3mm travel with a scissor design and a precision glass trackpad that is 40% larger which also works with Surface Pro 3.  The Surface Pro 3 keyboard now comes with fingerprint reader for Windows Hello while the Surface Pro 4 comes with a front facing camera optimized for Windows Hello.

Surface Pro 4 starts at $899 and will be available at October 26th with preorders open now.

Microsoft surprised us with a new product. It’s a surface but in the form of laptop with bigger screen to make the ‘Ultimate Laptop’ and its called Surface Book. It’s the first ever laptop made by Microsoft. It has a 13.5″ optically bonded PixelSense Gorilla glass screen with 267 dpi (6 million pixels), backlit keys with a very quiet, stable and comfortable style with 1.6mm key travel and a multi-touch glass trackpad with 5 points of touch.

Additionally the Surface Book is not just a laptop! It’s a 2 in 1 PC weighing over 1.6 pounds, making it the most lightest PC ever. The Surface Book has a unique fulcrum hinge which gives a good ‘Lapability’, apart from looking cool. The muscle hinge now enables you to pick up the tablet without the keyboard with a sturdy hinge mechanism unique to the Surface Book.

The Surface Book starts at $1499 and will be available on October 26th with preorders open now.

Panos Panay, the Head of the devices division at Microsoft, first introduced the Lumia 950 lineup which consists of the Lumia 950 and 950 XL. Both phones come with 2 antennas for the best possible connections and has tablet-class liquid cooling technology. The 950 comes with a Hexacore processor, 5.2″ OLED display with 564 ppi and the 950 XL comes with a Octacore processor, 5.7″ OLED screen with 518 ppi. Microsoft also added a new ‘Glance Screen’ Technology which indicates the date, the time, your next event, missed messages and so on all while using 0% battery life and doesn’t require you to unlock or even touch the phone, Just remove it from your pocket and its there! The reason? According to Panos, “The main goal is to get Windows 10 in your pocket”.

The phones comes with 32GB as standard and can accept external memory card as well which super awesome!  The phones come with a USB-C connector which enables for more than 50% charge in about 30 minutes and for faster data transfer rates. You can also unlock the phone with Windows hello which is Microsoft’s biometric authentication system on Windows 10.

The new Microsoft Lumia’s come with Windows 10 which brings Office, OneDrive, Cortana, Outlook, Edge and more with universal apps. One of the other greatest features about Windows 10 is continuum. To use the Lumia as a full blown Windows 10 PC, Microsoft has something called the ‘Display Dock’ which connects to your phone using USB-C and lets you further connect HDMI, DisplayPort and 3 USB ports for accessories to use for your full-blown Windows 10 or ‘PC like’ experience. Once your connected, You have a desktop like experience where your start tiles on your phone covert to start on the desktop experience and your settings are carried over as well! Every app such as Office, Outlook, etc gets scaled up to the size of the screen as their universal apps.

But this isn’t even the best part, the fact that your using your phone to run a Windows 10 ‘PC-like’ system doesn’t affect the actual phone which means you can use your phone while your using your phone as a PC simultaneously. Both experiences are independent and uninterrupted. The universal apps can also scale and adapt to different screen size in real time. You can also use your familiar keyboard shortcuts and the power of multitasking on Windows 10 right on the desktop experience.

Another feature is the fact that you can now connect a hard drive or usb drive or something to the display dock and transfer your data from your phone to the hard drive on the desktop experience directly and vice versa!

For those of you who just want to jump on the Windows ecosystem or don’t want to spend that kind of money on the phone just yet, Microsoft also released a budget friendly version called the Lumia 550 which comes with a quad core processor and LTE at just $139 and will be available in December.

With all this, there’s a lot to choose from Microsoft this Holiday season!

Run Android apps on your Mac

What is iPhone 6S and 6S Plus #ChipGate and does it affect you?

Joe Samuel - May 19, 2016 0
Google first announced its first conversational assistant similar to Siri rather than just intelligent search like Google Now at it's I/O conference at SHORELINE...