Samsung has just announced its smartwatch for this year, two of them in fact, the Gear S2 for those into sports and the Gear S2 Classic which as its name suggests, presents a more classical watch look. 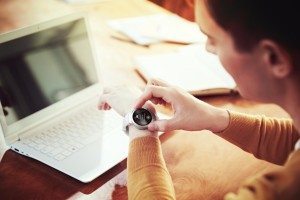 The new Gear S2’s have 4GB of internal memory and 512 MB Ram. The WiFi version packs a 250 mAh battery which Samsung claims should get you about 2 to 3 days of use while the 3G version comes with a 300 mAh battery giving you about 2 days worth of use. Samsung’s new S2 lineup comes with a round frame which looks far better than its old iterations. It also has two physical buttons on the right side acting as the ‘Back’ button and ‘Home’ button respectively. The back button which can be used to provide more options when you press and hold on it based on which interface you are in and also trigger Samsung Pay.

But the best part of the Gear S2 compared to any other smartwatch in the market today is its rotating bezel which gives the functionality of the digital crown on the Apple Watch in a more comfortable and intuitive fashion. As an additional functionality, Samsung has added the ‘satisfying’ ticking sensation when you rotate it. All this in addition to the touchscreen. By using the bezel to select and choose rather than the touchscreen you get see what you’re doing on the screen without blocking the view. 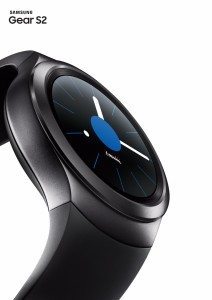 Samsung also brought in a 1.2″ super AMOLED display into the S2’s which now gives a complete 360×360 view of the screen and is protected by Corning’s Gorilla Glass 3 (Which also used in the recently announced Moto 360’s).  Samsung has decided to use stainless steel against aluminum for the Gear S2. Another highly appreciated feature is the Gear S2’s IP68 liquid and dust resistance which permits occasional dips and splashes.

Gear S2 supports 3G and NFC in addition to Bluetooth and WiFi. The 3G version of the S2 will be separate from the WiFi variation and will be a standalone device which does not require your phone to be tethered to it. Samsung has integrated an e-SIM which allows them to make the S2 on 3G models lighter. 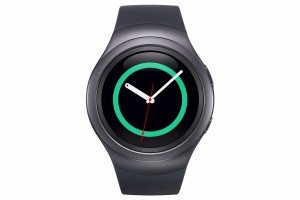 The Gear S2’s run Samsung’s own Tizen operating system. To its credit, Samsung has actually cleaned up the OS to make it much more faster and fluid. A major advantage with the new Gear S2 is the compatibility with any Android device so long as it has a minimum 1.5GB RAM (Pretty odd number) and runs Android 4.4 or higher. Previously only Samsung’s devices could be paired with their smartwatches. This however, does limit some functionality of the watch such as Samsung Pay which will function only if its paired with Samsung’s compatible devices.

Samsung has introduced over 20 new watch faces which on their own can be individually customized. In addition to these, Samsung is opening its SDK for third party watch faces. Apps can also be developed by third party developers with Samsung hoping to have about 1000 apps at launch. Samsung Pay can be accessed with a simple tap on the ‘back’ button and rotating the bezel to choose the card. 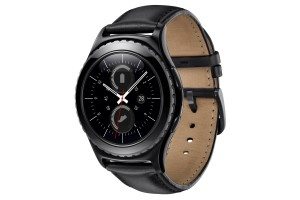 Samsung has embraced a ‘Circular UX’ which will be much more straightforward, convenient and something we are all familiar with. You can not only select but also scroll through content such as email, text messages, notifications or news feeds using the bezel. Samsung has also allowed the bezel to function within third party applications providing a more convenient interface to interact with the app. You can also zoom in applications like Maps using the bezel.

Samsung added a ‘Power Saving Mode’ which will allow you to make calls and receive notifications via Bluetooth while everything goes grayscale. Samsung replaced their annoying cradle charging mechanism for a wireless charging dock which looks suspiciously similar to the Moto 360’s.

Gear S2 comes with an accelerometer, a gyroscope, barometer and an ambient light sensor. The Gear S2 has a built-in heart sensor to track your fitness levels and provides information in a circular UI for 24 hour period with 3 different colors indicating your performance for the day. Green indicates healthy, yellow means that you can do better while Grey means you’ve got to get moving. It also comes with Auto Tracking which will let you know if you’re sitting too long and that you need to take a break all with a gentle tap on your wrist, Gear S2 will further track down your movements and as an added incentive, provide encouraging phrases to keep you happy. Gear S2 also allows you to input your water and caffeine intake and helps you keep track to make sure your not taking something over the limit. 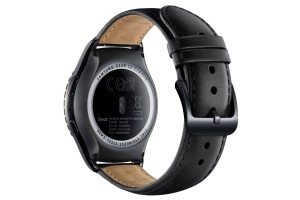 Samsung integrated the SmartThings app to enable you to remotely monitor and control smart home devices such as locks and thermostat. Gear S2 also adds compatibility with connected cars for you to remotely monitor, control and lock/unlock your doors. Samsung is also partnering with enterprises and business to expand the capabilities of smartwatches.

Samsung says the Gear S2 will be available starting in October this year with 3G models to be announced by supported carriers.

How to force Windows 10 upgrade on your system?

Joe Samuel - August 28, 2015 0
Apple has officially sent out the invites for its September 9th event where its highly anticipated to reveal the upcoming iPhone 6S and 6S...